Coonawarra is home to many legendary characters – John Riddoch, William Wilson, David Wynn and our own Bill Redman were very much part of the fabric of our wine community from the early days. As we wander through some of our old vineyards in 2020, celebrating 50 years of producing Coonawarra cabernet sauvignon, it would be remiss of us not to tell you the story of Arthur Hoffmann, a prominent local character, pioneering viticulturist and vital part of the Redman wine story.

The Early Days in Coonawarra

When Bill Redman bought the original property in 1908, there’d been many local members of the community providing advice. The Hoffmann family were among the original colonists, at that time known just as much for their horticultural as their viticultural skills. Many in the area were just starting to try their hand at making wine, so it was very much a collaborative community, sharing its knowledge.

The young Arthur Hoffmann could often be found working in the orchards and tending to the family’s early vines. His father was a blacksmith and subsequently a cooper, working at the Riddoch winery as there were no coopers around Coonawarra at the time, and there was only one winery in the region at that stage. The Hoffmann family owned a number of now-iconic vineyards, selling grapes to Bill Redman and other winemakers in the area. 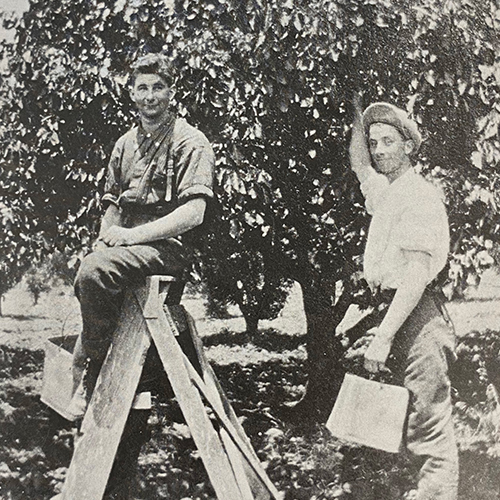 From1908 to 1966, Arthur Hoffmann supplied the grapes for the Redman family’s Rouge Homme brand, and Bill Redman has often noted that the great wines of Rouge Homme were due to the grapes from the Hoffman vineyards. Arthur had honed his viticultural skills working with other local vineyards, such as Stentiford and Johnson’s, as well as his family’s. Those vineyards were very much the heart of Coonawarra, keeping in mind that even as late as the 1950s, there were only 200 acres of vines in the region, approximately 10% of which were owned by the Hoffmans.

When Rouge Homme was sold to Lindeman’s in 1965, Bill Redman retired. His son, Owen, who’d been working alongside Bill, embarked on a new venture, launching the Redman brand in 1966. Owen knew the Hoffmann fruit intimately – its quality and venerable history of the vineyard. Arthur had two children, a son and a daughter, but neither of them were interested in viticulture and taking on the family business so the Hoffmann’s sold their 60-year-old shiraz block (part of a 40-acre vineyard holding) to the Redman family. As noted in James Halliday’s 1993 book, Coonawarra: the region, the vignerons & the wines, according to Ray Kidd (who ran Lindeman’s from 1962 to 1986) in an interview in issue No. 3 of the Australian Wine Newsletter in March 1982:

“They (Rouge Homme) only grew about half the fruit they crushed and the other half came from a local grower. When we bought Rouge Homme we never dreamt for a moment, after all that had been said and negotiated, that Owen, once he got his money, would then immediately talk that major grower into supplying him at a winery which he then put up at Coonawarra.”

Since then, the Hoffmann vineyards have been an important part of Redman wines. As you drive into Coonawarra, directly opposite the entry to the famed Wynns Gables you’ll see this iconic Hoffmann shiraz vineyard that Redman now owns. We pulled out some of the vines that were no longer producing fruit in the 1990s and there are now vines planted that play a major role in our Redman Shiraz. This iconic site, a longstanding labour of love, has been given a new lease of life.

Arthur continued his association with the vineyards for many years after selling up, and remained in the house on the property in which he was born. In fact, after having sold the Rouge Homme winery and vineyard, Bill Redman and Arthur Hoffmann ventured off on an overseas trip to explore some of the great wine regions of Europe. It was their first time out of Australia.

Upon his return, Arthur continued to manage the vineyards until the late 1980s and often would be seen pottering among the vines. He also played an active role at the Redman cellar door, serving customers and talking to them about the wines. A true local identity, Arthur was much loved and admired throughout Penola and Coonawarra. 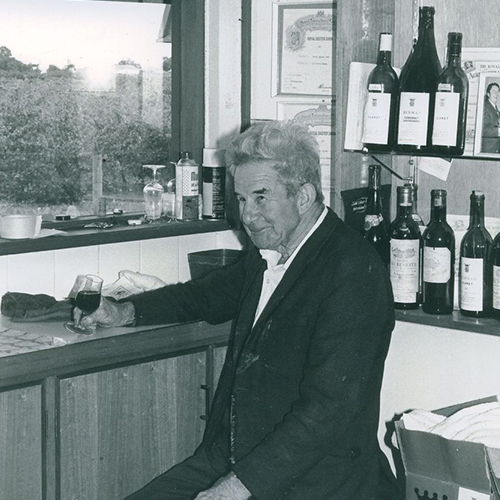 Arthur passed away in 1994, but his legacy lives on in the vineyards he so lovingly nurtured over the decades. These vines are the source of our Last Row Shiraz and there are also components in the Redman Shiraz. And each year, the Limestone Coast Wine Show awards a trophy named in Arthur’s honour is presented to the viticulturist of the best wine. His daughter still lives in Coonawarra.