On 10 September 1816, a young Scot named William Wilson entered the world in the small town of Cupar in Scotland’s Fife Shire. William’s love of nature started young and his affinity with the earth saw him appointed as a gardener to a nearby estate. 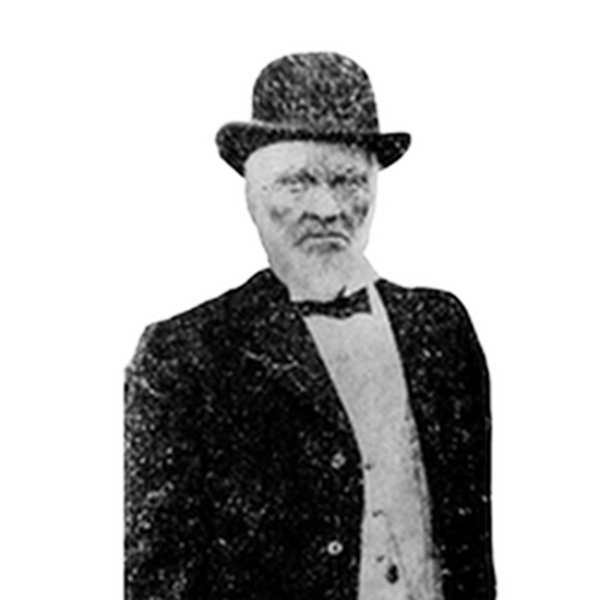 He later enlisted in the 42nd Regiment of the Black Watch Highlanders, spending six years serving in Ireland and the Mediterranean, where he was stationed on the Greek Islands of Zephalonia, Zante and Corfu. It was here he would learn about viticulture and horticulture.

Like many Scots, William and his family dreamt of adventure and opportunity in a faraway land. In 1849 they left everything to emigrate to South Australia. William was 33 when he landed at Port Adelaide (known then as ‘Port Misery’) and from there the family boarded the 18-tonne Cutter Resource to Robe.

They then travelled to Killanoola, 26 kilometres north of Coonawarra, the journey taking two weeks longer than expected because the kegs of beer on the bullock wagon were frequently quaffed by the thirsty bullockies, rendering them too drunk to travel.

After arriving in Penola, William sought his luck on the Victorian goldfields returning with £300. He then purchased Lot 133 in Petticoat Lane, Penola and built a four-bedroom home for his wife Agnes, using Mount Gambier stone.

William soon established a productive orchard and market garden, generously sharing his horticultural knowledge with other settlers, among them fellow Scot and pastoralist John Riddoch.

Riddoch owned a vast sheep and cattle station called Yallum Park but had a philanthropic dream to establish a fruit-growing colony populated by small independent farmers or “blockers”.

He sought advice from William Wilson about the best location of the settlement and the experienced horticulturist recommended he settle north of Penola due to its free draining, fertile terra rossa, rather than the black soils of Yallum Park.

William Wilson died in 1891 before the Great Bank Crash of 1893 that ended Riddoch’s dream.

However, while most of the small fruit growers returned to dairy farming or laboring some saw the future in wine – among them William’s grandson Bill Redman. Bill purchased 40 acres of vineyard in 1908 and made his first wine in 1909. For the next 30 years Bill sold his bulk wine to other Australian wineries including Yalumba, Woodleys and Tolleys.

He was joined by his son Owen in 1937 and after years of hard work and patient investment, Redman Wines was able to capitalize on the Coonawarra boom of the 1970s.

Meanwhile, Bill’s sister in law Jessie had married local farmer William Balnaves, starting a lineage that would lead to the establishment of Balnaves of Coonawarra in 1974. Doug and Annette made their first wine in a concrete vat with the help of Bill Redman and went on to become one of the region’s most respected brands.

Today, William Wilson’s great-great-great-grandchildren Kirsty Balnaves, Pete Balnaves, Dan Redman and Michael Redman continue to produce some of the most famous wines from the Coonawarra terra rossa strip that their descendant discovered. 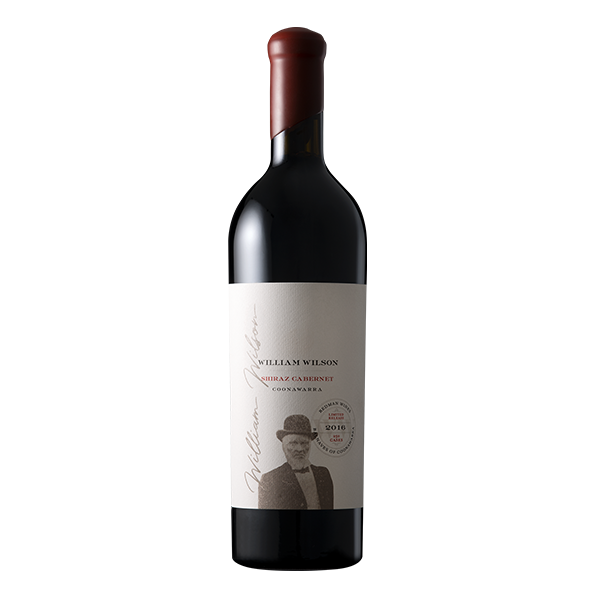 The William Wilson Shiraz Cabernet is unique blend of families and varieties, this limited edition “traditional claret” is a tribute to the sire of two great Coonawarra dynasties.

The two families conceived of a tribute wine in 2016, the 200th anniversary of William Wilson’s birth. The Redmans set aside a small parcel from their 85 year old North End Shiraz vineyard and the Balnaves reciprocated with a parcel of Cabernet from their 43 year old Paulownia vineyard.

The 2016 William Wilson Shiraz Cabernet has been produced in the traditional “claret style” with medium body, fine grained tannins and a great balance of fruit and structure.

Just 250 dozen of this limited release wine have been produced, a symbol of the sense of community in Coonawarra.