Our Winery and Cellar Door Turns 50

Saturday March 15, 1969 marked a very special day for us at Redman. Not only was it a big deal for the Redman family, the opening was also of great significance to Coonawarra as Redman became one of the first in the region to have a modern onsite winery. The cellar door scene was also in its infancy and we offered visitors a sneak peek at the winemaking process and the chance to taste and buy our wines – a relatively new concept back then, believe it or not.

Read on to learn more about the history of our winery and cellar door, which you can still visit today. It’s certainly not the flashiest cellar door in the region, but it has rustic charm and it’s what we call our home.

Designing the Winery and Cellar Door

Designed by Rod McDonald, a cousin of my grandmother Edna Redman, who worked as an architect for Adelaide firm, Woodhead Hall Architecture, the building was quite a simple structure. The plans were drawn up in 1967, construction took place during 1968 and the final building was complete just in time for vintage on 15 March 1969 – 50 years ago today.

Owen Redman, my grandfather, planned the winery based on the layout of the Rouge Homme winery, which he’d worked in previously, with a view to using traditional winemaking techniques. We first produced wine under the Rouge Homme label before selling both the label and winery in July 1965. Owen and Edna then purchased a 16-hectare block, with six hectares planted to shiraz and Redman wines was born.

Building a modern winery was not without its challenges. During construction we discovered that the underground aquifer was quite near to the surface. As a result, the underground cellar could only be dug down to a depth of six foot or just under two metres. It was originally built for barrel storage, but we outgrew that small area rather quickly and now it is used for museum wine storage.

The opening of a new cellar door heralded much excitement locally, but it was not as simple to launch as you may imagine. After months of delays, Raymond Steele Hall, 36th Premier of South Australia, officially opened the winery. What caused these delays you may ask? We were waiting for electricity to be connected to the winery as Coonawarra was only just being connected to the power supply!

The Early days of Coonawarra 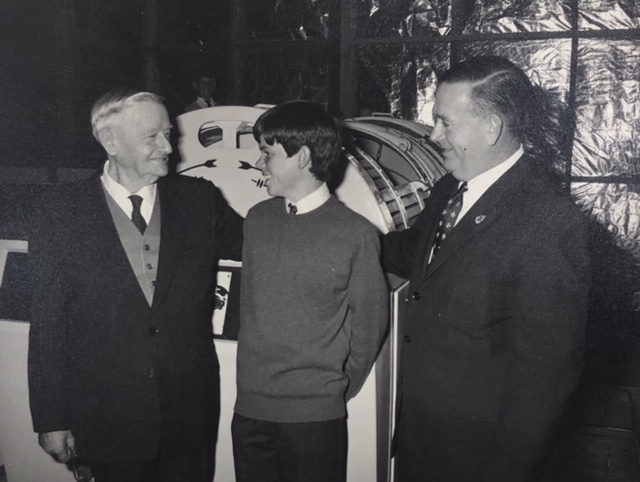 Back in 1969, onsite winemaking facilities were rare. It was a treat for wineries to be able to produce their own wines! At the time only four other labels in Coonawarra had their own winery: Wynns, Mildara, Rouge Homme and Brand’s Laira.

Wine tourism was also yet to take off, so you could say we were well ahead of our time and it was always the intention to help educate our customers about the region and the way we make wine. Today there are 24 cellar doors in Coonawarra, which is quite a lot given the small size of the region – it is just 20 kilometres long and 2 kilometres wide.

The winery continues to thrive, and while our Cellar Door may not have evolved too much over the years it remains a big part of our story, allowing visitors to come and meet the family, and try our wines firsthand.

As we’ve planted more grape vines and produced more wine, we’ve had to extend the winery. In 1970-71 barrel storage was added and then from 1970-72 wine tank storage was added, with more additions again in 1975-76.

We look forward to showing you around on your next trip to Coonawarra.